Another Black Chicagoan Wants To Be President 3 Things To Know 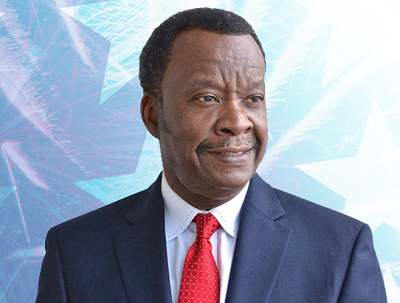 NewsOne’s PolitickerOne blog tackles some of the most important topics in politics: Election 2016, moves by the Obama administration, voting rights, lawmaking, and the way that elected officials represent our communities. Three times a week, we will go beyond the mainstream media’s “pack” coverage of politics to highlight the underreported aspects of how politics and policy affect you and the people you care about. In between, follow the conversation on Twitter at #PolitickerOne.

Did You Know Another Black Chicagoan Is Running For President? Here Are 3 Things To Know About Willie Wilson

Sixty-seven-year-old businessman Willie Wilson is a big name in Chicago. His rags-to-riches story is the stuff of every American Dream.

But outside of Chicago, the self-made multi-millionaire and Black philanthropist doesn’t loom as large as, say, Republican presidential candidate and real estate mogul Donald Trump.

Wilson hopes to change all that, especially since he’s running for President of the United States. He declared his candidacy as a Democrat in June, hoping to fill the shoes of President Barack Obama, who also hails from Chicago.

“My faith tells me that all things are possible if you only believe and work hard,” he said in a YouTube interview with Maynard Eaton, a longtime Emmy Award-winning journalist. “America has been good to me.”

Here are 3 things you need to know about Wilson:

He is the first Black owner of a McDonald’s restaurant.

He made millions from operating six McDonald’s restaurants, where he started as a janitor in the 1970s at $2 an hour. After disgruntled workers walked off the job, he was asked to temporarily manage the store. His stellar performance earned him a full-time job as manager, working his way to become the first Black owner of the franchise in the country.

He ran for Chicago mayor earlier this year.

With no political experience whatsoever, Wilson finished third place in Chicago’s February 2015 mayoral election, capturing 11 percent of the vote. His campaign was self-financed.

He emerged from extreme poverty.

Wilson, who is married, grew up in extreme poverty in Gilbert, La. With only an eighth-grade education, he moved to Chicago in 1965 after escaping from a Florida work camp, calling it “virtual slavery.”

His resources have allowed him to further his education and obtain several degrees, including a “doctor of divinity degree from Mt. Carmel Theological Seminary, a doctor of humane letters degree from Chicago Baptist Institute International, and a doctorate in humanitarianism from the Denver Institute of Urban Studies and Adult College,” according to The Politics and Elections Portal, a politics website that views his candidacy as a longshot:

Politically, Wilson espouses decidedly liberal social ideas. He criticizes the United States’ frequent involvement in overseas wars and what he calls “religion wars,” and argues that the nation’s resources would be better spent providing free education to citizens at home. He speaks of ending social divisions between Republicans and Democrats, citizens and police, and Whites versus Blacks, among others. His impassioned messages are likely to find a receptive audience among the left – but his candidacy is a definite longshot

“President Obama has proven twice that all Americans — Black, White, Latino — would consider an African-American to be president of the United States. Thus, the new announced candidacy of Willie Wilson, a very accomplished entrepreneur from Chicago, entered into the race on the Democratic side. I think it will help stimulate more African-Americans to the polls, so I don’t see it as a negative. I see it as a positive.”

Further, Chavis said that his candidacy could spur voter participation from people of color.

“We need more voter participation, more voter turnout in the African-American community,” he said. “I’ve always said the best antidote to voter suppression is mass voter turnout. I see Willie Wilson’s campaign as stirring excitement and momentum for whomever is going to be the Democratic nominee.”

Chavis also said he was unconcerned about Wilson’s candidacy dividing the Black vote and thereby weakening support for the Democratic frontrunner. “We need increased Black voter turnout, specifically in the swing states,” he explained, adding that having Black candidates in both major parties (neurosurgeon Ben Carson is running for the Republican nom) helps to engage Black voters in the race.

What do you think, is Wilson a viable presidential candidate? Sound off in the comments.