Governor Signs Bill To Keep Minor Offenders Out Of Jail 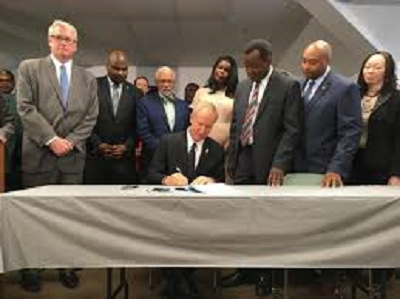 "Today we make sure that folks who commit a minor offense, non-violent offense, petty, that they’re not forced to sit in jail languishing for days, weeks months, simply because they don’t have the cash to post bail,” Rauner said.

Wilson had championed bail reform and has even put up his own money for some who committed minor offenses.

He noted that the majority of people in jail are minority and poor.

“This is a serious issue for not only us as African Americans but for this country,” Wilson said.

Chicago State Representative Elgie Sims said after being in jail for three days a person’s life starts to unravel.

They lose jobs, he said, and homes.

Cook County State’s Attorney Kim Fox said at the bill-signing “the criminal justice system must be fair from beginning to end.

“And it undermines everything we try to do to legitimize the criminal justice system when we punish those simply because they are impoverished and not those who are wealthy, but still are a threat to others.”