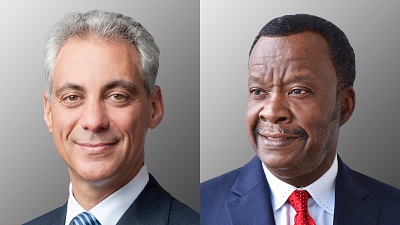 CHICAGO (WBBM NEWSRADIO) — Some supporters are using a new poll to set the stage for another possible campaign for mayor by businessman Willie Wilson.

“Everywhere we are at, everywhere he visits, someone’s asking is he going to run for mayor? People are very disgruntled in this city — people are upset,” Acree said.

“Dr. Wilson can compete. He’s the only one that close to Rahm Emanuel,” Hendon said. “So, no, we’re not afraid of the big money. We have to fight the power.”

The poll, paid for by supporters of the businessman, shows Mayor Emanuel with high “unfavorable” ratings, while those surveyed seem to like Wilson. They liked his efforts to pay bail for people arrested for minor crimes and help those in danger of having their homes sold for overdue taxes.

Neither Emanuel nor Willie Wilson has begun campaigning yet.